Rebekah King was born and raised in Pea Ridge, Ark., until the age of 11 when her family moved to SE Missouri. There she graduated from home school and began work at the local city library. She was a member of Harvest Baptist Church in Piedmont, Mo., where she met her husband Brian King and later married in 2005. In 2006 she was promoted to assistant director of the city Library where she enjoyed staying involved in the community and working with children until she moved back to Pea Ridge in 2012. She has enjoyed being a stay at home mom but felt called to become a teacher at FBC Mother’s Day Out Program in 2013 and then was blessed with the opportunity to become director of the program in 2014. In 2020 Rebekah became our Children’s Ministry Director as well.  Brian and Rebekah have three children, Nathan, Skylar & Raegan. 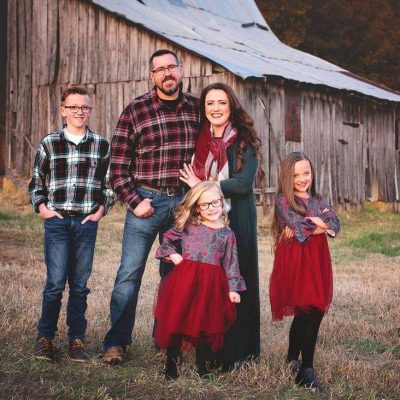